About Me:
Lawyer, Law Tutor,
Vaguely Normal Human Being

I am Mansfield J. Park, a pseudonym I've taken to protect my identity a little bit.  I am still a practicing lawyer, and I have a family and law students and lawyers are nuts sometimes.

Here is a picture of me in my work clothes being assaulted by my children: 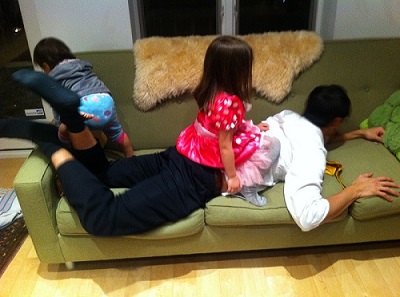 CLICK HERE TO GET
TOP GRADES IN LAW SCHOOL!

This picture is sort of proof that I'm a lawyer, in that I suppose many lawyers wear slacks and a tie to work, with a shirt that does not match their children.

The picture I used to have up is more convincing, anyway, as proof that I am actually a lawyer. (It also shows my face, which I've decided against recently.)  That other picture was taken at an award ceremony for some my pro bono work I did at my old BigLaw firm.  (It is a Vault Top 20, AmLaw100 firm.) I wrote a couple of briefs that went to an international human rights court and probably did not change life anywhere.

Still, someone thought that was super cool.

Not, appropriately, my kids who weren't even born yet when I got that award in the picture that isn't shown above at the moment.

So a bit more about me below, both as a lawyer and as a non-lawyer.

Mansfield, the Lawyer and Law Tutor

Here is more about my career. I am a real dude and qualified to write about what I am writing about.

Mansfield, the Vaguely Normal Human Being

Of course, what I described above is not a full human being, just a resume.

Here is another picture of me that reveals my sports affiliations and the fact that I am married: 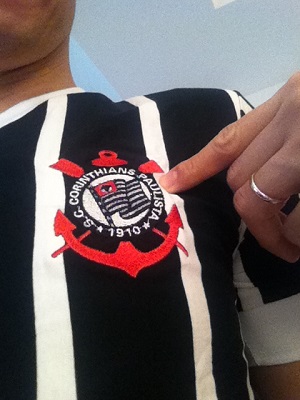 Here is a bit more about me, how I became a lawyer, and why I started this site.

I say all of this so you know I am real person.

Not a crappy faceless website.  Or lawyer without a face.

I became a lawyer by accident.

(A bit of brainwashing by my parents and Harvard, where everyone wants to be a banker. At least before Occupy Wall Street.).

After Wall Street, I wandered for a bit before going to law school, doing fun things like volunteering at an indigenous peoples human rights group, and sitting a meditation retreat.

I went to law school because my backup plan to Wall Street--doing a PhD in political science after joining the Peace Corps--no longer seemed as appealing after my post-Wall Street wanderings.

Law school seemed like a nice compromise between being able to study something interesting and still being able to make a decent living if I needed to.

I looked forward to studying human rights and international law in law school, thinking I would save the world after law school.

Of course, I didn't save the world after law school. I had debts to pay off, and soon a family. So after clerking, I went to a big law firm. I did some human rights pro bono work (and have the photo to prove it), but mainly, I made a living.

The hard thing about practicing law is that it takes up all of your time. And much of legal practice can be difficult.

You are always under time pressure, you always have an adversary who will exploit any mistake you make and, even if you don't, will twist what you say to sound bad.

It can be rewarding, but don't have any illusions; it is tough.

Some time ago, I decided I wanted to help see other law students and young lawyers through this tough process.

A site that really boiled down what people needed to know. There is already too much out there to read.

And, with so much information, outright lies about law school and legal practice (or if not lies, very misleading idealizations of the law).

Like, frankly, probably half of you reading this site should not even be thinking about going to law school.  Sorry to say.

Some of the lies being told are slowly being exposed.

But I want to be a true guide through all of this.

The law is a cruel mistress. One who happens to be really, really terrible at sex and won't leave you alone.

Site Build It! helped me with my online ignorance to create this site that you now have in your hands. (more on that another day).

A site that will help you master the terrible-at-sex mistress.

I've said enough. I am happy to hear what you to say.

Return from About Me to Law School Hacker.

Here are my personal recommendations for products and services that I have reviewed that can improve your results in law school.  This list is short because I include only my top picks.

Or, sign up below to my free newsletter and as a bonus get a free 70-page ebook on law school success.

Have your say about what you just read! Leave me a comment in the box below.

CLICK HERE TO GET TOP GRADES IN LAW SCHOOL

CLICK HERE TO GET TOP GRADES IN LAW SCHOOL.

CLICK HERE TO GET TOP GRADES IN LAW SCHOOL